Looking back on my youth, it appears every day was sunny. Maybe that was because I was living in Iraq!

In the spirit of shared letters and in the absence of news from here at the No-News Desk of Groundhog Central, thought I’d fill a page or two with some nonsense that may be of interest. I know how you love to receive a handwritten letter, but sadly the tremor in my hand, negates that, so hopefully you’ll forgive this printed missive. Whilst on the topic of forgiveness, do please tell me if this subject matter is too egocentric and I won’t write about my escapades again.

I was born of British expat parents in Iraq, and raised there up to the age of nine. Whilst there, I attended, like every other kid on the base, the company run, American curricular primary school, which resulted in me still being a hopeless speller !

I was told that there was no further school available for me after the age of nine. I suspect however it was because my parents were getting a divorce and I was to accompany my Mom back to the UK. I only learned many years later that she hated the Middle East. Although those years were for me extremely happy, playing in the desert, as little boys do, setting fire to scorpions, keeping the Carpenter Ant population down, otherwise they would have eaten through the entire structure of the house. Swimming and playing at the Club, where my best was the weekly Friday curry, with every sambal imaginable all laid out on a huge long table. Father told me he ran the Club, but I suspect that he was in fact a chef ! Sadly looking back on it, much of what he told my sister and I was lies. I recall places we went, in Kirkuk, the Arabic general wholesaler. We would occasionally drive down to the Zab River and dam

Whilst there, we would sometimes of an evening, have a braai around the clubhouse pool. We had this Black 1946 Buick Roadmaster – a beast of a car, the very first time that I had travelled at 100pmh, as we thundered down the deserted desert tracks. Dad would go to the clubhouse bar and if I took a friend, we’d go and play on the dam wall. NB. ‘Elf and safety would have had a complete seizure !

One Christmas repat leave, my father decided that we should drive back to the UK, so an overland trip via, Syria, Lebanon and Turkey was planned. Such a trip in those days was a major and evidently hazardous undertaking, particularly for a heavily loaded, low-slung Jag, which had replaced the aging Buick.

We stopped overnight at the old Al Rutbar Fort. It was built by Imperial Airways (Now BA) a stopover and refuelling point for Imperial Airways on flights from Britain to India and the Gulf. It was the only water stop between Baghdad to Damascus. It was like a mini-club, with the ladies well-dressed and the men in suit and tie for dinner. As a kid I loved it – a real-life desert fort, it huge gates guarded by desert police, with their daggers and triple cartridge belts straight out of the movies. I’ve written a separate story about the Fort, so enough here.

Next stop Damascus, where we stayed a few days in the famous Baron Hotel. It was near the city centre, where we visited the thousand-year-old souk. We also saw the grave of John the Baptist and the mausoleum of Saladin. Even as a kid, I loved the souks and the history of the Middle East.   When flying to and from Britain, flights used to stop overnight in Beirut, which was then considered the Financial capital and Paris of the Middle East. So another overnight stop in Beirut was a pleasant reminder of how lovely this city was. My one memory of this was that my Dad took us all to a nightclub. It must have been quite something, because I still recall it today

and back to dear old Blighty

On returning to the UK, my Mom and I lived with her brother, my Uncle Harry and their sister Aunt Edith in Blackheath. They had the bottom two floors of a huge Georgian house, which was always full of family and visitors. Uncle Harry moved in the gay set of London’s theatrical groups. I recall there always seemed to be a party on, the apartment had a huge lounge, with floor to ceiling windows overlooking the garden. We had a grand piano, which was given a good workout at these parties.  Regular attendees, were the likes of Lawrence Olivier, Vivien Leigh, Noel Coward, Ralph Richardson, Dirk Bogart, Ivor Novello, Hermione Gingold to name a few. I do recall that the latter used to scare the shit out of me, she was a very imposing woman, with large black hair. I obviously didn’t know who they were back then, only discovering their fame many years later. I occasionally used to travel out to Iraq to visit my father, who had by now remarried and my sister Janette had been born. I think my last trip I was 14 or so. I know that he, along with most expats, lost his job when the company was nationalised. By now we had moved to a detached Edwardian property in Sidcup, sadly my Mom passed away shortly afterwards. I don’t recall my mother being anything but ill, apart from one holiday we took in Cannes.

I still have the photo of her and I, outside on the terrace having breakfast at the 19th century villa, The Hotel Vendôme. I must have been around 10’ish. I do have other photos, one in particular is of Uncle Harry, my Mother and I in Zurich

I loved those annual European trips, but I also used to love going to stay with my Gran, in Seasalter. She had a tiny, 2-bedroomed prefab cottage in an orchard. Her road, Church Lane was tiny and predictably led up to ‘The Old Church’. I’m sure it had a name, but that’s what everybody called it. Tucked away up a narrow pathway from the road. It was, even to a child, a place of delightful stillness, its tombstones old, coated in moss, many slanted, with the name of those interred almost impossible to read. I knew it was old, but only discovered much later that it dated back to the 12th century. There was just so much history in the tiny church and graveyard…I used to love going up there and just walking around. I would fanaticise about the stories behind those interred, and what life must have been like in those ancient times.

I’d go fishing in the streams, to the pebble beach and if one of my many aunts was with me, walk along the sea wall to Tankerton for an ice cream. If my Uncle drove down at the weekend, we’d go into Whitsable to a shed at the end of town for a pint of cockles or winkles.

Today it’s a trendy and expensive Oyster Shack restaurant ! Although Gran’s house was tiny, the family filled it, (there were eight on my Mother’s side) In summer, tea was always in the garden under the fruit trees.

And you know, those summer holidays were always sunny and warm, it never rained!

I’m sure that there must be many other stories from those times, but for the purposes of this mail, lets leave them be for the moment.

As I said, my father returned to the UK, when I was 15 and although I did see him occasionally, I was never particularly close to him. On their return, they moved into the 15th Century cottage, in Hankham, just outside Pevensey, which they’d had for years. I loved that little cottage, with its beams, slanted and creaking floors. I would sit at the window in my bedroom and look out at the South Downs. Again, I would fanaticise about what stories the house could tell from its 600 year history.

His new wife Pat, and I got on really well, who like my birth Mom, sadly died early in their 40’s. Apart from this house, their subsequent houses just didn’t feel like home with Uncle Harry and Aunt Edith. In retrospect Harry was the father that I never had biologically…he always had my back as they say in the movies, bailed me out of whatever scrapes I got into. Strangely although he was gay, I never knew that until very much later in life. In retrospect I was obviously super-naïve, only having come across that in the Middle East, with the indigenous taxi drivers trying their luck on all the young lads, but had been warned by Dad to be careful. My cousin Anne ten years my junior, knew about Uncle Harry. She was unfortunately the black sheep of the family and mixed with the ‘wrong sort’, according to her father. Thank god she never really into that lifestyle, with her drug experimentation very limited. I think after her Dad locked her up in a rehab centre for a month, it scared the shit out of her. From being a total failure at school, she is now a well-respected Professor.

There is more to come. So much more. However, if you cant wait for the next instalment, then why not cut to the chase and write to me directly? You’ll find my details on your list. I’m Tony and I live in Malvern! And if you don’t have a List then simply join up and find out more….. 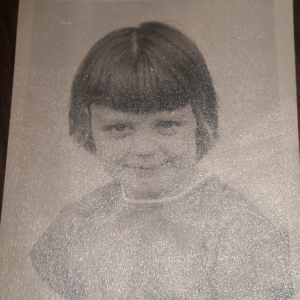 This error message is only visible to WordPress admins

Error: Access Token is not valid or has expired. Feed will not update.

I’m tracking you down as you still owe me money!